Goal: As part of CalArt’s sponsored UX design class, the goal of the four-week assignment was to learn the basics of UX prototyping and creating a basic UI for an application design. I chose to base my app around the need to look for coffee whenever and wherever the user needs their daily pick-me-up.

Although I had studied the basics of user research and observations the past four weeks prior to switching my program to CalArts, the new program taught me how to properly to use my visual design talents to create proper prototypes using Adobe XD software and Balsamiq.

For my app, I had studied the interaction between apps such as the Starbucks and Yelp app and critically thought about what made them my particular go-to-apps when it came to finding food, coffee and sharing thoughts and opinions. 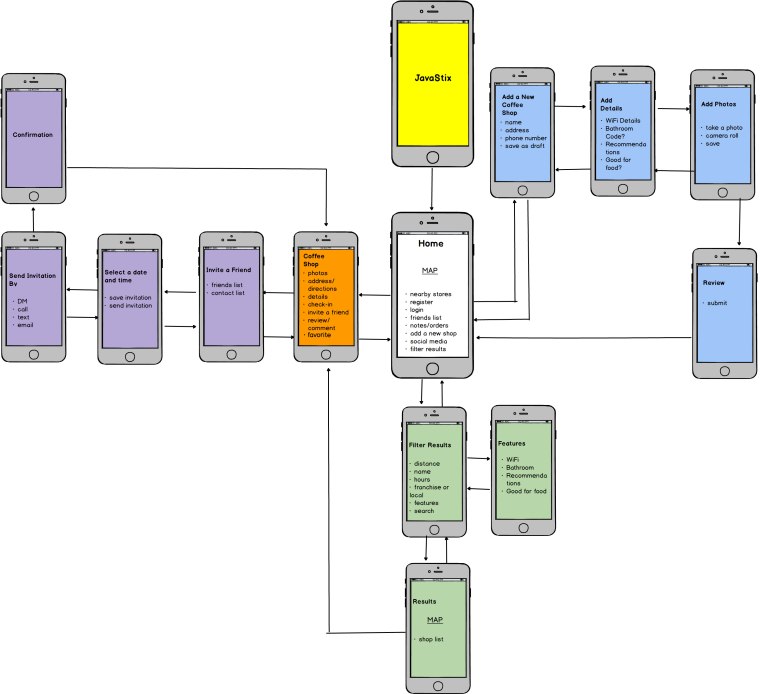 As the first thing users would want to do with my app would be to open it and find where the closest coffee shops are to them, I made sure that was the main feature located on my home screen. By giving users the flexibility to remove shops, see ratings, contact info and a photo of the shop, I’m hoping that it would give users freedom of control.

Although my screenshot contains inactive links, they were done strictly to highlight the active feature in my prototype, which was to show how users could add a new shop. For end users, they must click through and add all of the important features including name, time, location, etc. when adding a shop before proceeding to the next screen using a waterfall methodology.

Thematically, I chose to stick with browns and greens as my palette due to the nature of coffee shops. I wanted to convey that this app is the best app for finding coffee and local cafes while retaining a sleek and professional tone. Lastly, while I used mainly stock drawings from Balsamiq due to the time constraints of the class, I believe that the following prototype utilizes them to the best of its ability to provide an idea of how the app would work to someone looking at my prototype.